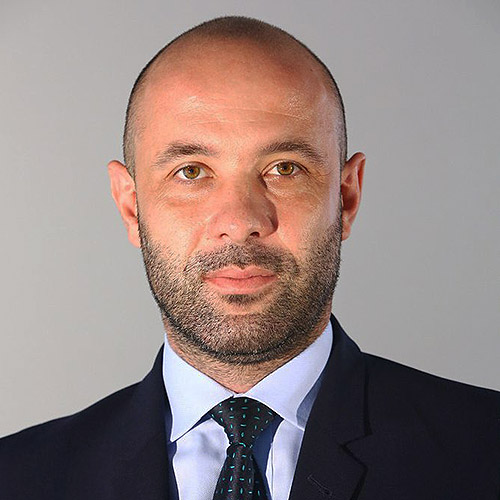 President | Authority for the Digitalization of Romania

Sabin Sărmaș (b. 1985, Năsăud) attended the courses of the Technical University of Cluj-Napoca, during 2004-2009, becoming a graduate engineer in telecommunications. Subsequently, for 3 years, starting with November 2009, he attended the doctoral courses in telecommunications of the same university. Also, in 2009 he undertook a research internship under the Erasmus Programme at the Vrije Universiteit in Brussels, Belgium.

Since 2012, Sabin Sărmaș has been involved in a series of digitalisation projects in various industries such as HoReCa, media, tourism, youth and culture. 2016 was the year in which he founded his own software development services company, Cicada Technologies, thus becoming well-known in the industry. His projects focused on areas like IoT (the internet of things), finance, automotive, telecommunications, aeronautics. Sabin Sărmaș was a local councilor in the City Council of Cluj-Napoca.

During that period he was actively involved in solving the problems of the community, strongly supporting the youth in the city and becoming a valuable politician at the local level. Currently, Sabin Sărmaș is the President of the Authority for the Digitalization of Romania.

All Sessions by Sabin Sărmaș

Any cookies that may not be particularly necessary for the website to function and is used specifically to collect user personal data via analytics, ads, other embedded contents are termed as non-necessary cookies. It is mandatory to procure user consent prior to running these cookies on your website.